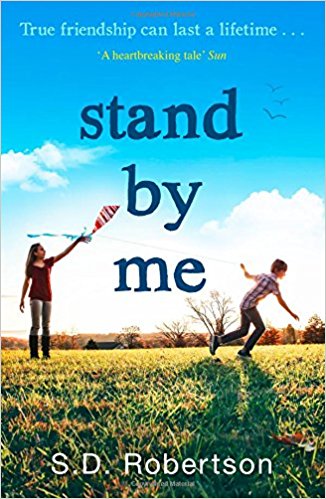 Today I am over the moon to have the brilliant S.D Robertson on the blog with a fab guest post to celebrate the release of his new uplifting adult fiction book, Stand By Me,

Stand By Me was released on the 11th January 2018 published by Avon Books and is set to be a beautiful heart-breaking tale that you won’t want to put down.

Today S.D Robertson is sharing an insight into his writing process in this fab guest post…. 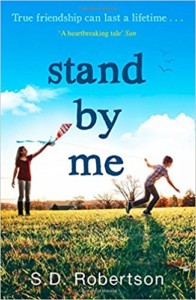 They’ll always have each other…won’t they?

Lisa and Elliot have been best friends ever since the day they met as children. Popular, bright and sporty, Lisa was Elliot’s biggest supporter when the school bullies made his life a misery, and for that, he will always be grateful.

Twenty years later, life has pulled the pair apart and Lisa is struggling. Her marriage is floundering, her teenage kids are being secretive, and she’s so tired she can’t think straight. So when Elliot knocks on the door, looking much better than she remembers, she can’t help but be delighted to see her old friend again.

With Elliot back in their lives, Lisa’s family problems begin to improve – he’s like the fairy godmother she never had. As their bond deepens, she realises how much she’s missed him, and prays that this is one friendship that will last a lifetime. But sometimes, life has other ideas…

A heartwarming story perfect for fans of Keith Stewart and Jojo Moyes, that will leave you with a tear in your eye but hope in your heart.

One of the things I’ve been asked about most frequently since becoming a published author is my writing process.

This is something that seems to fascinate a lot of people, but particularly keen readers and would-be novelists.

I can understand why, as in creating a work of fiction you are essentially making something out of nothing, which sounds a bit like magic.

There is an element of that, to be honest, especially in those moments of inspiration that appear out of nowhere and slap you around the face, often when you’re least expecting them.

I imagine most authors have experienced these at some point. I certainly have and, at their best, they’ve literally sent shivers of excitement down my spine about the thrilling, fresh new direction I can suddenly see for my work in progress.

Who knows where these flashes of ingenuity come from? It’s great when they appear, though. It’s right up there with seeing the product of your imagination on a shelf in a bookstore and hearing from a reader who loves your work.

Now I wish I could tell you that whole books are written like that, in a frenzied flood of dazzling prose and unique ideas that leap fully formed out of your fingers.

Sadly, that isn’t my experience so far in the years I’ve been writing novels. For every eureka moment I’ve enjoyed, there have in contrast been many hours of hard work, frustration and perseverance.

And that in a nutshell is my experience of the writing process: lots of blood, sweat and tears with the odd joyous moment of punching the air.

Starting a novel is easy. Lots of people have done that. Finishing it is hard, which is why I always have the greatest respect for anyone who’s got all the way to the end, whether it goes on to be published, self-published or (hopefully not) just to gather dust on a shelf somewhere.

So how, as an unpublished would-be novelist, do you make sure you cross the finish line? Here are my five top tips:

You can buy a copy of Stand By Me by S.D. Robertson here or from your local bookshop! 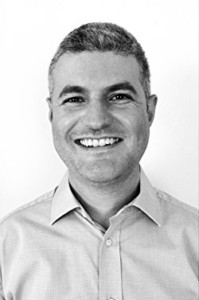 Former journalist S.D. Robertson quit his role as a local newspaper editor to pursue a lifelong ambition of becoming a novelist.

Over the years Stuart has spent time in France, Holland and Australia, but home these days is back in the UK. He lives in a village near Manchester with his wife and daughter. There’s also his cat, Bernard, who likes to distract him from writing – usually by breaking things.

You can find out more about S.D Robertson on his website – www.sdrobertsonauthor.com 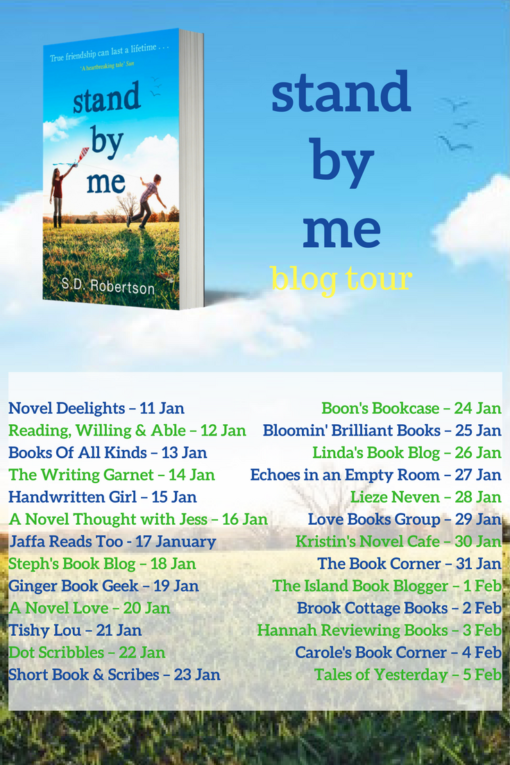 A huge thank you to S.D. Robertson for such a fab guest post and to Sabah at Avon Books for organising and asking me to host!

Have you read Stand By Me?  What did you think?  What was your favourite part?  If you have not read it yet have we tempted you to go and grab a copy?   I would love to hear from you!  Why not leave a comment using the reply button at the top of this post or tweet me on twitter using @chelleytoy!