Today I am thrilled to have the wonder Sinéad O’Hart on the blog to celebrate the release of her debut novel, The Eye Of The North.

The Eye Of The North was released today, 8th February 2018, published by the lovelies at Stripes – Happy Book Birthday Sinéad!

Basically if you like brilliant MG adventures then this book is perfect for you!

So today Sinéad is chatting about her Top 5 Mythical / Legendary Creatures in this fab guest post…. 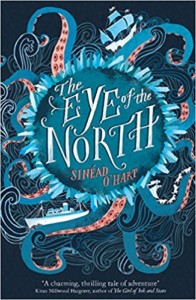 Emmeline Widget has never left Widget Manor – and that’s the way she likes it. But when her scientist parents mysteriously disappear, she finds herself being packed off on a ship to France, heading for a safe house in Paris. Onboard she is befriended by an urchin stowaway called Thing. But before she can reach her destination she is kidnapped by the sinister Dr Siegfried Bauer.

Dr Bauer is bound for the ice fields of Greenland to summon a legendary monster from the deep. And he isn’t the only one determined to unleash the creature. The Northwitch has laid claim to the beast, too.

Can Emmeline and Thing stop their fiendish plans and save the world?

A dazzling fantasy adventure, perfect for fans of ROOFTOPPERS, THE UNCOMMONERS and A

Growing up in Ireland, I was raised on stories of the Fair Folk, or the Sídhe – the fairies who lived under the oddly-shaped hills you sometimes see in the middle of fields. Farmers avoid them; they’re never built on; cows are not allowed to graze on them. This is all because of the power of the Fair Folk who, despite their name, are not fair at all! Some say that when the Milesians drove the old gods out of Ireland, the Fair Folk were the few who got left behind. But who knows the truth?

I also love Norse mythology, and one of my favourite mythical creatures from that tradition is Sleipnir, the eight-legged horse belonging to Odin, the leader of the Norse gods. Odin was also called the All-Father, among lots of other names. I always thought it would be amazing to have a horse with eight legs – surely he’d be able to run twice as quickly as an ordinary horse! The Æsirsmounts in The Eye of the North, horses who are able to run on the surface of the ice (and do lots of other marvellous things, besides) are based on the idea of Sleipnir, Odin’s magical horse, though none of them (that I know of) have eight legs…

Dragons have long been one of my favourite mythical creatures. I love Smaug, the dragon in JRR Tolkien’s The Hobbit – but the first dragon I ever ‘met’ was Falkor, the luck dragon, from Michael Ende’s book The Never-Ending Story. It was made into a fabulous film when I was a little girl, and I loved watching him in that. I love the power and majesty of dragons in the Western tradition, and I particularly enjoy the fact that they’re seen as symbols of good luck and joy in the Eastern tradition.

I love giants. I don’t know why: perhaps it’s because I’m short and I wish I wasn’t! In the medieval texts I studied at university, there was a story about a giant who is kind and loving and compassionate towards animals, despite being huge and terrifying to look at. His outside doesn’t match his inside, and it was a lesson not to judge people by how they look. In Norse mythology, giants are skilled builders. And, of course, there’s Hagrid! Who doesn’t love him?

One of my favourite books of all time has a unicorn called Findhorn in it, and another film I loved when I was a small girl is also about unicorns. It was based on a book, too: Peter S. Beagle’s The Last Unicorn. There’s something wonderful and awe-inspiring about unicorns; they’re so beautiful, yet they have the potential to be deadly. They’re the wildest creature I can think of!

You can buy a copy of The Eye Of The North here or from your local bookshop! 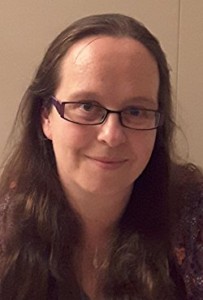 Sinéad O’Hart was raised in a small house full of books in the south-east of Ireland. She has a degree in Medieval English and has had many careers (including butcher, bookseller and university lecturer) before finally following her dream of becoming a children’s author. She now lives in County Meath, near Dublin, with her husband, their daughter, and an ever-expanding book collection.

You can find out more about Sinéad on her website –  sjohart.wordpress.com 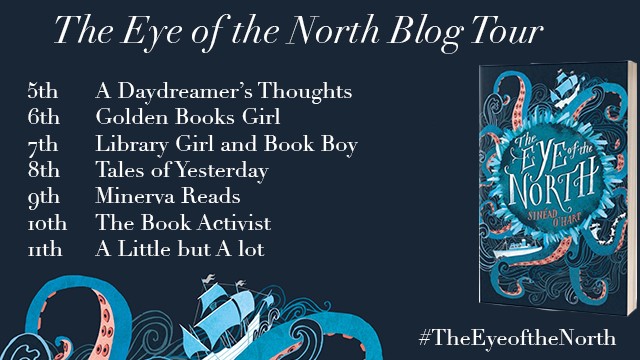 A huge thank you to Sinéad for such a fab guest post and to Beth at Stripes for organising and asking me to host!

Have you read The Eye Of The North?  What did you think?  What was your favourite part?  If you have not read it yet have we tempted you to go and grab a copy?   I would love to hear from you!  Why not leave a comment using the reply button at the top of this post or tweet me on twitter using @chelleytoy!