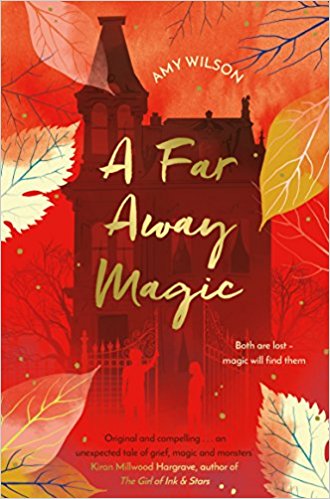 Following on from the fly away success of her debut novel, A Girl Called Owl last year I am honoured to have the magical Amy Wilson on Tales today to celebrate the release of her second YA books A Far Away Magic.

A Far Away Magic was released on the 25th January 2018 published by the lovely Macmillan Children’s Books and is set to whisk you off your feet.

Today Amy is chatting about her characters Angel and Bavar and how they came to be in this fab guest post…. 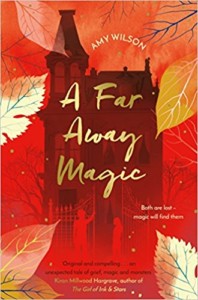 When Angel moves to a new school after the death of her parents, she isn’t interested in making friends. Until she meets Bavar – a strange boy, tall, awkward and desperate to remain unseen, but who seems to have a kind of magic about him. Everyone and everything within Bavar’s enchanted house is urging him to step up and protect the world from a magical rift through which monsters are travelling, the same monsters that killed Angel’s parents.

But Bavar doesn’t want to follow the path that’s been chosen for him – he wants to be normal; to disappear. Fighting one another as well as their fears, Angel and Bavar must find a way to repair the rift between the worlds, and themselves, before it’s too late . . .

How I Found Baver and Angel

The first thing I knew about A Far Away Magic was that it had Bavar in it. He’d been in my mind for years, ever since I’d seen the tall, stooped figure of a boy leaving my local secondary school, alone and hiding behind his hair.

The second thing I knew was that Bavar lived in a huge old creepy house, where ancestors called his name from the walls. There was an aunt, Aoife, and an Uncle Sal, and there was magic.

Bavar and I had quite a few starts together before we found the right story. In my very first attempt, his words came to life around him, letters floating like little clouds everywhere he went. I kind of liked that idea, but it didn’t lead me anywhere. So we were stuck. He just mooched around in my head, for a long time, while I became increasingly interested in how we see others, how we perhaps think we know a person, solely based on how they look, the way they walk and talk, and how many of us carry our scars and differences on the inside.

That, I think, is how Angel came about. She looked like a perfectly normal girl, but she’d been through something that made her as different as Bavar, only instead of that being an external thing, it was internal. From the outside, they might look like Beauty and the Beast, but in fact they are both beautiful, and both beast. It’s when they come together that they begin to sort that out for themselves; to challenge the monsters, and the world’s perception of them.

As soon as Angel came in with her own dark backstory, Bavar and I were moving. She brought the fight, and the desire for change, and she gave Bavar a reason to do the same, and she brought the fight to me too; I had to find a way to make it all okay for them – at the very least, for them to be okay with them. 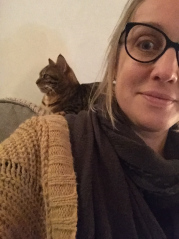 This is me, with my cat Ivy on my shoulder (!) and with my headphones on, mid-writing. I quite often write with music playing, and I wear my headphones even if the sound is off, because it blocks out some of the background noise and helps me to feel like I’m in my own world.

I spend a lot of my time at home writing and looking after various animals and children. I’ve always loved to write, and I feel very lucky that now, after quite a few years of bashing away, it is my job.

I have a background in journalism and live in Bristol. I’m a graduate of the Bath Spa MA in Creative Writing. A Girl Called Owl was my first novel, my second, A Far Away Magic, is out now, and I’m now working on my third!

You can find out more about Amy on her website – www.amywilsonbooks.com

Have you read A Far Away Magic?  Are you intrigued?  I would love to hear from you!  Why not leave a comment using the reply button at the top of this post or tweet me on twitter using @chelleytoy !