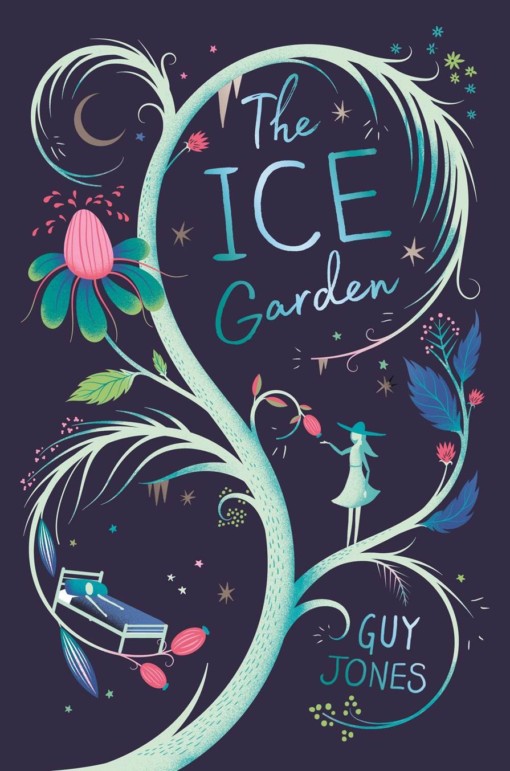 Today I can’t wait to share a brilliant guest post from the wonderful Guy Jones in celebration of his gorgeous debut The Ice Garden.

The Ice Garden was released on the 4th January 2018 published by the lovelies at Chicken House as will sweep you away into a gorgeous middle grade world. 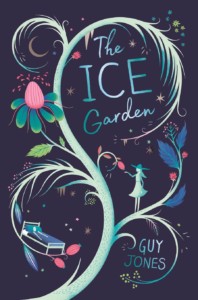 Jess is allergic to the sun. She lives in a world of shadows and hospitals, peeking at the other children in the playground from behind curtains. Her only friend is a boy in a coma, to whom she tells stories. One night she sneaks out to explore the empty playground she’s longed to visit, where she discovers a beautiful impossibility: a magical garden wrought of ice. But Jess isn’t alone in this fragile, in-between place …

I think it was the writer Simon Stephens who likened playwrights to sculptors and novelists to painters. There’s something in that. Anyone who has ever been to the theatre will instinctively know when a line is overwritten – when it says too much. You can feel it go clunk in the auditorium. You can feel the audience squirm a little. So, like a sculptor, the playwright constantly chisels away at their slab of raw material until what’s left is the most economical way possible of saying what they want to say. The novelist, on the other hand, builds up in layers. An initial sketch is added to, coloured, scratched at, and textured until it resembles the thing that its meant to be.

The analogy isn’t perfect of course (and I spend just as much time cutting in novels as I do in plays), but it does feel just about right to me. Novels are broadly a process of addition while plays are one of subtraction. And this isn’t simply a dry, technical point, or a matter of word-count. The two mediums have inherent differences, one of the most important being that while a novelist writes directly for their audience – the reader – a playwright does not.

A playwright writes firstly for the director, actors and designers who will actually create the work that the audience see. Their work is mediated and built upon in ways that they may never have been able to visualise. For example, no stage set I’ve ever imagined looks even ten percent as good as what a professional designer came up with. And while the characters in my novel, The Ice Garden, still look the same in my head as they ever did, those in any plays I’ve written now look oddly like the actors chosen to play them.

‘You made it at last,’ said Alice, her eyes flicking down to her wrist and mouth tightening.

It’s fairly clear that someone is late and Alice is unhappy. So how could we do the same thing in a play?

An actor or director would hate this (and you, as the writer). It’s their job to fill in the gaps, not yours. Just write ‘You made it at last…’ and let them worry about how to interpret the line and communicate the character’s intentions to the audience. You never know – Alice might actually be delighted, and that could take the scene in a far more interesting direction. Chisel away, in other words. Do less. A play script is a blueprint, not a finished building. It can’t be. Ever.

This doesn’t mean that writing a novel is a solitary pursuit. The input of trusted readers is invaluable. And an editor like the fantastic Kesia Lupo at Chicken House can fundamentally change the way you look at your story and raise it to levels that would have been impossible alone. But a published novel is the end point – it’s all the audience gets. Beyond the novel is only what the reader adds themselves, through their own imagination. A play script, on the other hand, is only the start…

THE ICE GARDEN by Guy Jones, out now in paperback (£6.99, Chicken House)

You can buy a copy of The Ice Garden here or from your local bookshop! 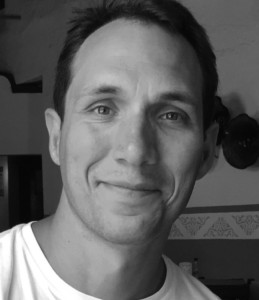 Guy was born in Botswana, grew up in Bedfordshire and now lives in St Albans with his wife and step-daughter.

He spent a decade writing for the theatre, including the West End musical Never Forget, before finally knuckling down to write a book.

The Ice Garden is his first novel.

Connect with Guy Jones on twitter @guyjones80 and find out more at www.chickenhousebooks.com

A huge huge thank you to Guy for such a superb guest post and to Laura at Chicken House for asking me to host!

Have you read any of the The Ice Garden? What did you think? What was your favourite part? I would love to hear from you! Why not leave a comment using the reply button at the top of this review or tweet me on twitter using @chelleytoy!