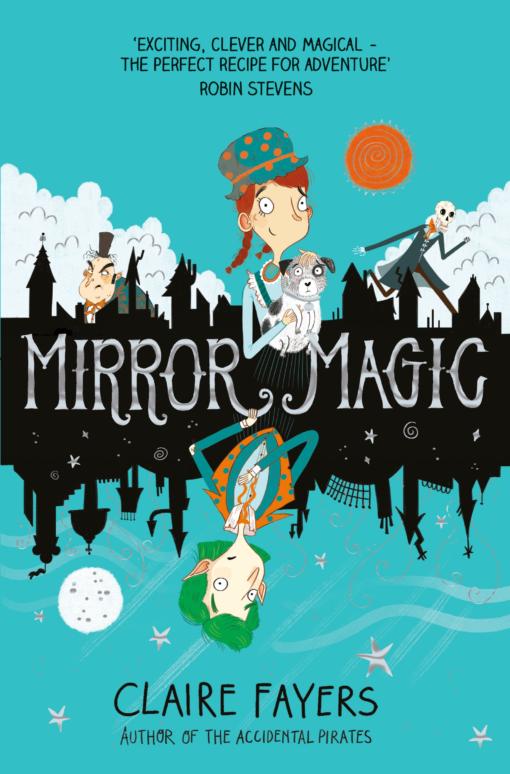 Today I am super excited to have the wonderful Claire Fayers on Tales with a brilliant guest post to celebrate the release of Mirror Magic!

Mirror Magic was released on the 14th June 2016 published by Macmillan Children’s Books and is set to be a magical adventure. 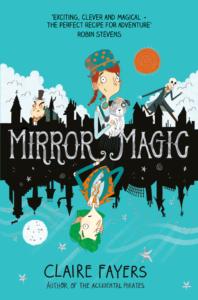 Welcome to Wyse, the only town left in Britain with a connection to the magical Unworld.

When Twelve-year-old Ava meets Howell on the other side of a mirror, the two are quickly drawn into a mystery to discover why the enchantments that link their towns are disappearing.

Mirror Magic imagines a world exactly like our own but with one big difference – magic exists. Fairy mirrors connect us to the Unworld where the Fair Folk have promised to provide magical goods and services to anyone who asks.

The story starts in 1842, when most mirrors have stopped working and only one small town on the border of Wales and England still has access to the Unworld. The Wyse Weekly Mirror (expertly designed by Jess at Macmillan Children’s Books) gives an insight into daily happenings in the last town of magic.

But what of other time periods?

What might newspapers at the time of King Henry VIII have looked like, for example, if the King had had magic?

Following the birth of a daughter, King Henry VIII has blamed the fairy Unworld that he did not have a son. ‘Somebody has placed a fairy curse on me,’ he said, whilst glaring at his wife, Catherine.

The Queen denies this. Fairy magic cannot change reality and no spell exists that will turn a boy into a girl.

King Henry has shocked England by marrying his Unworld mistress, Anne Unboleyn, in a secret ceremony. The Pope has declared the marriage void, saying that the King’s previous marriage was not properly annulled. Even the King cannot just summon a fairy through a mirror and order an enchantment to unmarry him.

The King responded by saying that even if his marriage to Catherine of Aragon is still technically in force, the church doesn’t say anything about Unworld wives and therefore he can have as many as he likes.

Henry’s Son is a Daughter

Another scandal today as King Henry’s three-year-old son turned out to be a daughter. Queen Anne Unboleyn admitted that she has been using fairy enchantments to disguise the girl as a boy.

Anne Boleyn Executed – Or Was She?

Anne Unboleyn, supposedly executed for treason against the King, may have escaped back to the Unworld instead.

Nobody knows, but as the King has already announced his next marriage to Jane Seymour – a woman of low birth but human at least – it is unlikely that we will be seeing Anne in England again.

Marriage is a sacrament between one man and one woman, ruled Pope Clement VII. Marriages therefore cannot take place between humans and Fair Folk.

King Henry has responded that he will marry anyone he likes, and he has proved it by annulling his marriage to his latest queen, Anne of Cleves, and preparing to marry yet another Unworld wife, Catherine Unhoward.

Another Unworld wife has betrayed the King. Queen Catherine Unhoward was found to be already married to an Unworld farmer. It is not know whether the King was more angry at the fact of her marriage, or the lowly status of her Unworld husband. The Queen tried to defend herself using the King’s own argument that Unworld marriages don’t count, but she was beheaded yesterday.

The King says he doesn’t intend to marry again.

As we wish a happy wedding day to King Henry and Catherine Parr, we wonder, how does the King attract this never-ending stream of wives.

Is it just his wealth, status and good looks? Or does he take Vital Elixir™? This potent blend of seventy-three natural and Unworld ingredients combine to give you energy and charisma. Can reduce the appearance of aging with regular use.

Take Vital Elixir™ twice a day and you too could have all the wives you want. 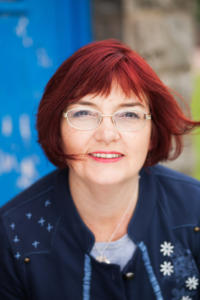 Claire Fayers was born and brought up in South Wales, an area of the country sadly deficient in dragons. Having studied English at University of Kent, Canterbury, she built a successful career writing short stories for women’s magazines until the lure of magic became too much and she wrote The Accidental Pirates: Voyage to Magical North. It was selected for Waterstones Book of the Month and shortlisted for the FCBG Children’s Book Award 2016, and its sequel, The Accidental Pirates: Journey to Dragon Island, was published in 2017. When she’s not writing, you’ll find Claire at her allotment. Mirror Magic is her third book with Macmillan Children’s Books.

You can find out more about Claire on her website – www.clairefayers.com 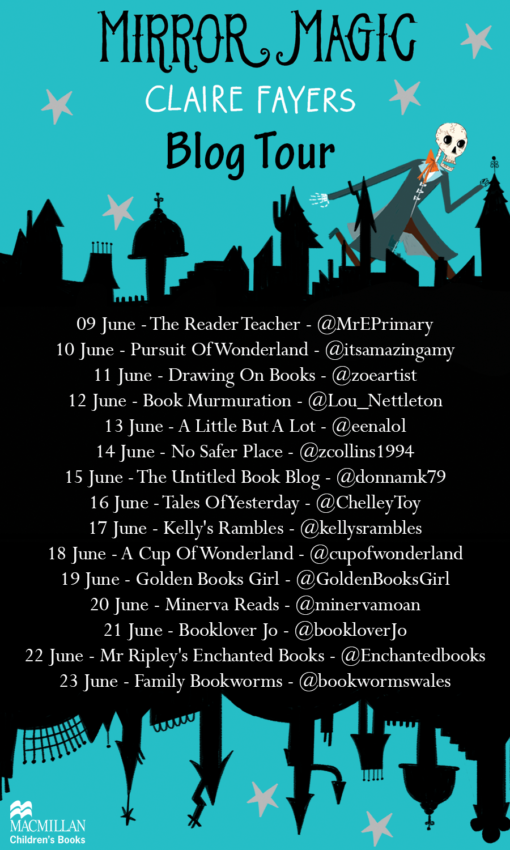 A huge thank you to Claire for such a fab guest post and to Karen asking me to be part of this fab blog tour!

Have you read Mirror Magic?  What did you think?  Why not leave a comment using the reply button at the top of the page or tweet me on twitter using @chelleytoy !