Home Action / Adventure Guest Post – See Life In The Secret Deep (Sea What I did there?) by Lindsay Galvin 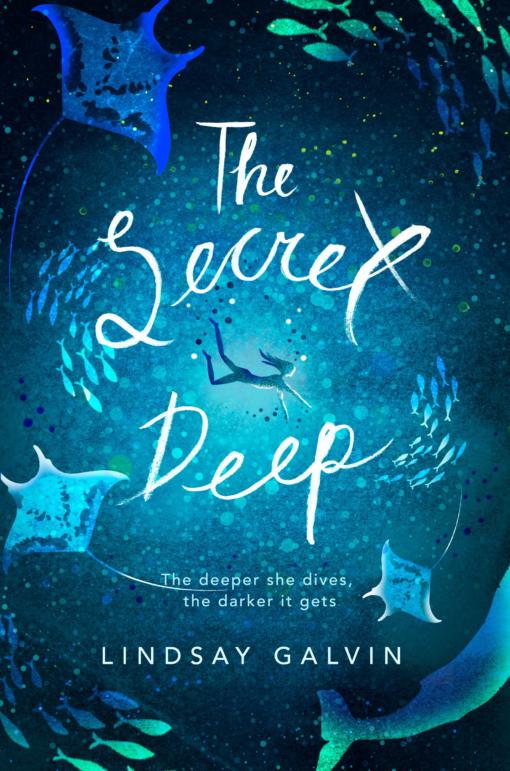 I am HUGELY honoured to have the wonderful Lindsay Galvin here on Tales today with a brilliant blog post to celebrate the release of her debut novel, The Secret Deep.

The Secret Deep was released on the 2nd August published by the amazing Chicken House and is beautiful and gripping and will keep you enthralled throughout.

I’ve known Lindsay mainly via twitter for a few years now and when I heard that she was getting her debut published I was so over the moon for her so to have her featured on my blog today is very special indeed.

Find out more about sea creatures in this fantastic guest post…. 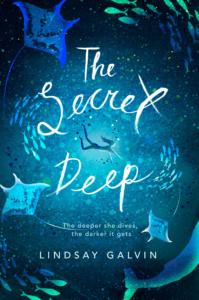 When Aster wakes alone on a tropical island, she has no idea what has happened, why she is there, or where to find her younger sister, Poppy. Meanwhile Sam, who once met the sisters on a plane, makes links between the mystery of their disappearance and suspicious happenings in his own life. In a stunning dual narrative, the truth unravels with devastating effect – and the answer lies in the secret underwater world surrounding the desert island, populated by the beautiful and the impossible …

See Life In The Secret Deep (Sea What I did there?)

I have always been fascinated by animals in the wild and am the biggest David Attenborough fan. Even more so since I spent so much time diving in the waters around Thailand when I lived there ten years ago. Researching sea life for The Secret Deep was a joy… and a form of legitimate procrastination. Introducing some of my sub aqua stars and what they mean to story:

I can’t wait for you to meet the giant oceanic manta rays in THE SECRET DEEP. I’ve never come across a story that featured these gentle giants and would love to know if you have. These blanket shaped beauties can grow up to 7 metres across with a weight of 1350 kg but their size isn’t the only thing that makes them perfect for the story.

Manta (and mobula) rays have the largest brains of all 32,000 species (approximately) of fish known to date. They display intelligent behaviour.

One test of intelligence is to find out if an animal can gaze into a mirror and know it’s themselves they see. Gorillas, leopards, dogs, and cats, for example believe that their reflection is just another animal looking back. Nonhuman animals that have been observed to pass the mirror test include bonobos, chimps, dolphins, elephants, and some birds. And manta rays.

In all my scuba dives I have never seen a manta and diving with them is on my bucket list. They are so different to us, yet have huge brains and who knows what they are thinking? In THE SECRET DEEP they represent a link between wildness and humanity and how it is possible for there to be harmony between living things no matter how different they are. A lesson that certain characters in the story certainly need to learn… 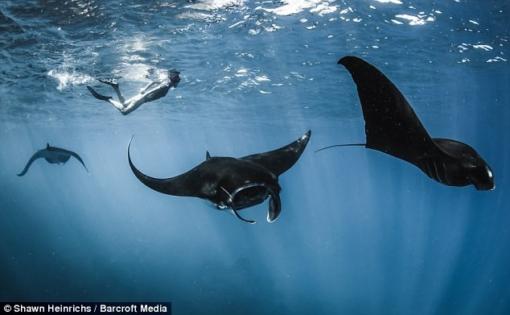 Seahorses have a reputation as cutest animals in the ocean and I am lucky enough to have seen them in the wild, so can confirm this. They are famous for mating for life and the male seahorse carries the babies. But what I love the most is that new baby seahorses, each about the size of a little finger nail, find other baby seahorses and float together in small groups, clinging to each other using their tails.

So adorable it hurts; I had to include them in THE SECRET DEEP.

When main character Aster rescues a seahorse that floats free of its family, what she actually needs to learn is how to rescue herself.  Look though…there’s four seahorses in this photo and they are…ridiculous. 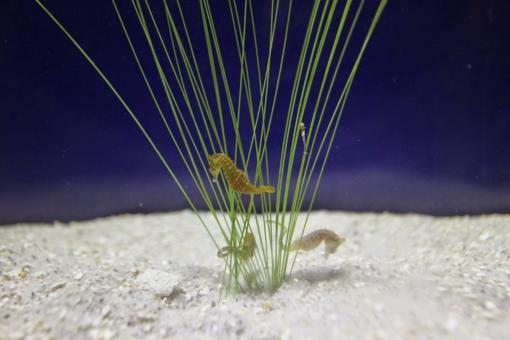 When divers first discovered beautiful patterns on the seabed; intricate concentric circles raised in the sand that look like mandala designs, no-one could figure out what had made them. Turns out it was a tiny puffer fish, building a nest of sand to attract a mate. And I got to thinking that if this fish could do that, than anything is possible if you swim deep enough. When I first saw these amazing creatures on BBC footage I knew they had a place in my story.

Look closely and you’ll see the dinky builder right in the centre of his sand palace. 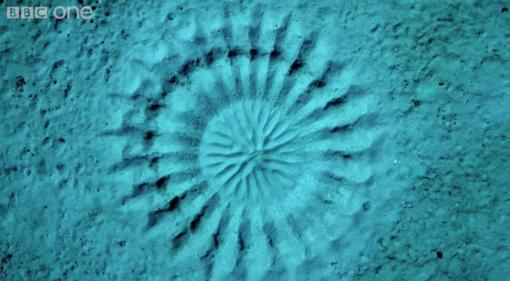 I would love to write a story one day where sharks are friends. Because they are beautiful, endangered and unfairly maligned. But THE SECRET DEEP is not exactly that story. They are magnificent creatures but fearsome predators and can’t be blamed if certain characters in books rudely wander into their territory smelling distinctly like dinner…

I spent some glorious hours (I’m a sea-geek, okay?) finding out about these beasts. Box jellyfish are gorgeously terrifying with their four eyes, ability to follow their prey and deadly sting. I mean, why create characters you adore if you aren’t going to confront them with a lethal jellyfish swarm?

I could go on. What are your favourite sea-creatures and why? I would love to geek out with you.

THE SECRET DEEP is out now in paperback (£6.99, Chicken House)

You can buy a copy here or from your local bookshop 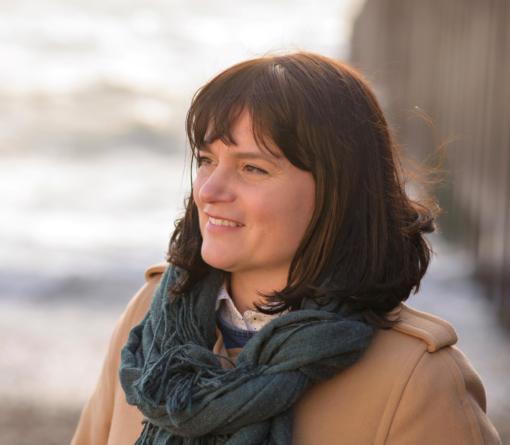 Lindsay was lucky enough to be raised in a house of stories, music, and love of the sea. She left part of her heart underwater after living and working in Thailand where she spent hundreds of blissful hours scuba diving. Forced now to surface for breath, she lives in sight of the chillier Sussex sea with her husband and two sons. When she is not writing, she can be found reading, swimming or practicing yoga. She has a degree in English Language and Literature, is fascinated by psychology and the natural world, and teaches Science. Lindsay hadn’t written creatively since childhood until the idea for her debut novel The Secret Deep splashed into her mind, and now she’s hooked.

You can catch up or follow the rest of this fantastic blog tour at the following stops! 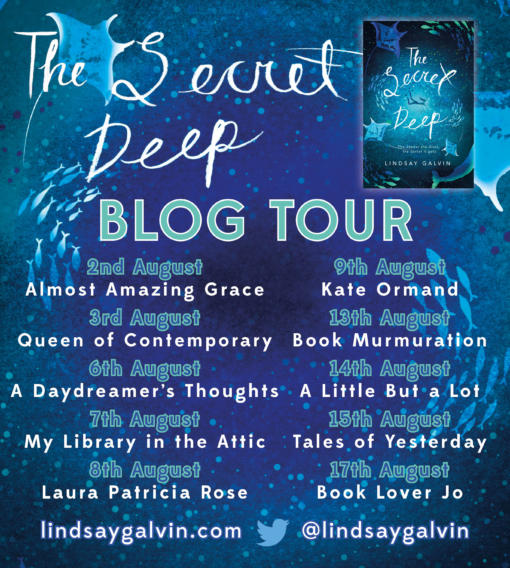 A huge thank you to Lindsay for such a fab blog post and to Laura at Chicken House for asking me to be part of this fab blog tour!