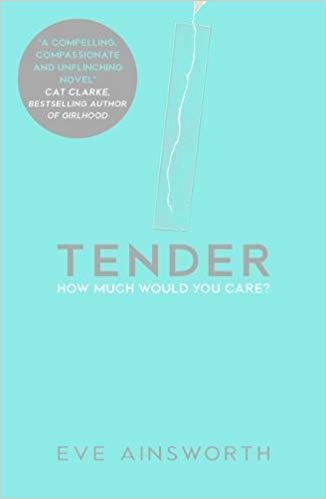 Today I am thrilled to be sharing a fantastic guest post from one of my favourite UKYA authors, Eve Ainsworth.

Tender was released on the 1st March 2018 and is Eve’s fourth YA and is another thought provoking read which Eve does so brilliantly.

Today Eve tells us a little about Tender – the book that made her cry…. 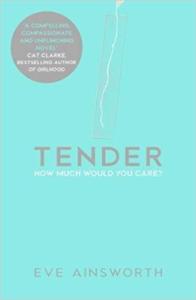 Touching on mental health, family, friendship and the pressures that teenage carers face, as author Cat Clarke says, TENDER is “a compassionate, compelling and unflinching novel”.

Marty and Daisy spend their lives pretending. Marty pretends his mum’s grip on reality isn’t slipping by the day. Daisy pretends her parents aren’t exhausting themselves while they look after her incurably ill brother. They both pretend they’re fine. But the thing about pretending is, at some point, it has to stop. And then what?

Tender – The Book That Made Me Cry

I’m often asked why I decide to write the book that I do, or why I chose to explore a particular theme. It’s never a ‘light bulb’ moment where I wake up one morning and think ‘That’s it! That is the book I must write next.” But it’s more of an organic, gradual thing that grows slowly in my mind. Usually the seed begins with a character. A character is born in my imagination and through them, through their background and experiences, the themes will develop.

Even while I was writing Damage, I had this other voice fighting for my attention. It was a boy and it was strong. I made some notes. I quickly worked out that this male voice was a bit of a mash up of someone I used to know and a person that I would like to know. He was loud and argumentative, but he was warm too. And he had challenges. I realised that this boy was someone who put other people before himself.

From this, the idea of young carers developed.

I had worked with young carers before and they had inspired me, mainly because of their stoic and selfless attitudes. These were the young people that often struggled without complaint. They could have huge pressures at home, but they didn’t talk about it much. To them, this was their normality and the need to keep their family ‘going’ and not be a further burden was their priority.

Once I knew I was going to write about young carers I met up with one of my ex-students. She had been an excellent pupil, never been in trouble, never really got herself noticed by senior staff. But when we met, she told me more honestly about how day-to-day school life had been a struggle and how she seemed to be ‘managing’, but inside she was often anxious and worried. Her saviour, her positive outlet had been Young Carers’ sessions where she could meet other teenagers in a similar situation to hers – where she could be free from pressure, be silly, have fun. Be young!

Around the same time I was talking to a close friend. We had had children at the same time. But sadly for my friend, her youngest son had been diagnosed with Muscular Dystrophy from a young age. Through my friend, I not only learnt to understand the pressures she was under – but also the pressures her entire family were under as they constantly cared and worried about this young boy. Through this, the character of Daisy was born. Daisy is a caring, resilient girl – but she is being torn apart by the worry caused by her brother’s ill health.

Quickly Daisy and Marty became my main characters, both telling their versions of what ‘caring’ can mean and how this impacts on their lives. They meet each other and this has a huge influence on how they move forward.

Tender was a book that made me cry over and over. It covers such emotional subjects that I had to take occasional short breaks. It hits home that what I’m writing is something that people are actually experiencing in real life. It can be hard going, but whatever happens these characters, these people, keep fighting on.

The developing romance between Daisy and Marty was also something new for me – but I was keen to have an uplifting and positive theme in the book too and I ended up loving these two so much – I found it quite hard to let them go.

Tender is a book about resilience and hope. It’s about loving and fighting for the people you care for, but also that its important to find time to love yourself.

You can buy a copy of Tender here or from your local bookshop! 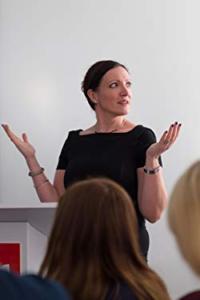 Eve Ainsworth is a writer of Adult and YA fiction. She also loves tea (lots of it), 80’s music and most things relating to David Bowie.

Seven Days, Eve’s Young Adult debut, was published by Scholastic Uk in Feb 2015. Crush followed in 2016. Eve’s latest YA novel, Damage was published in March 2017. All of her novels explore real life, contemporary issues that are relevant to teens.

Eve has also self published The Blog of Maisy Malone, which is an adult comedy novel that has received pleasing reviews on Amazon.

Eve has had short stories published in magazines such as Writers’ Forum and Prima.

You can find out more about Eve on her website –  www.eveainsworth.com

A huge thank you to Eve for a fab guest post and asking me to host!

Have you read Tender?  What did you think?  What are your favourite part?  Have you read any of Eve’s other books?  Why not leave a comment using the reply button at the top of the page or tweet me on twitter using @chelleytoy !