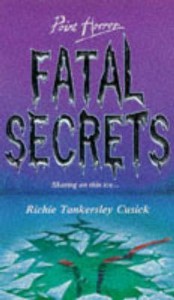 There is a link to a poll at the bottom of this post to vote for your next #pointhorrorbookclub read for November! The next book will be announced on 17th October 2016

Don’t forget up for missing last months #PointHorrorBookClub I am posting a special Halloween treat on the 31st October where we will be discussing Halloween Night 2! 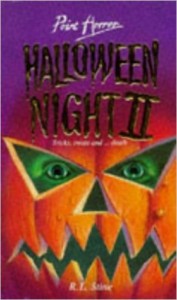 Also do check out our Q&A with the one and only Richie Tankersley Cusick that went live last month – here !

Ryan McCauley has just watched her sister drown in icy cold water with only her red ribbons left floating on the surface…all in what seems like a tragic accident with no body left to be found.  But just before Marissa died she gave Ryan a roll of film to develop and tried to tell Ryan a secret!

Well that’s the thing Ryan doesn’t know and when strange things start to happen she begins to think that someone is after her next wants her dead too!

Not a creepy phone call in sight in this book!

But never fear because she has the best Point Horror boy ever to help her and you can always rely on your boss and your parents right?!

Ryan McCauley with her brown hair, brown eyes and love of doll houses and pine cones was actually a pretty decent Point Horror girl I have to admit!  I actually really liked her.

Her sister Marissa’s death seemed to have a huge impact on Ryan and rightly so as she basically watched her drown in the opening chapters and I think this was actually really well done!  Feeling pushed out by her mother and forgotten about all seemed part of the grieving process that the family was going through and I thought RTC captured this well.

I loved he scenes when she was hallucinating in the toy shop, beating up an unsuspecting snowman and being chased by a Father Christmas with a bell….I actually felt scared for her at some points as the tension was mounting!

I mean she actually became scared to death it sent her over the edge…..but wouldn’t you be with all that happening to you?

But most of all I loved her flirting with Jinx!  More on him in a minute!

You know what’s coming don’t you!?

*kisses every page Jinx appears on*

Look I’m a sucker for a funny, cheeky boy and Jinx ticked all these boxes and more!

The so called irritating little brother of Ryan’s best friend Phoebe with his brown eyes , baby face and one dimple in his little cute cheek. He was always making Ryan smile and of course me and lets not forget how his room reflected his personality.

He lit up every page!  I’ve never shipped a Point Horror pair quite like I have with Jinx and Ryan!

OMG THEY HAVE TO HAVE GOT TOGETHER AFTER THE BOOK!

WHY DID YOU DO THIS TO ME RTC?!

Jinx and Ryan’s flirting was everything!  And when Jinx got a little jealous of hunk Winchester my heart ached!

And his love of pizza held no bounds!  The scene when he ran (in slow motion in my head) to Ryan’s rescue dropping his pizza on the floor as quick as anything is surely a pure sign of love!

Only fair to start with Ryan’s blond curled hair sister, Marissa, who basically dies on page 8!  The typical first victim of any good horror!

With her love of red ribbons in her hair and a blouse that got wet and turned red like blood she was destined to be the victim leaving little clues behind about her “secret” and an undeveloped film which gave me nostalgic flashbacks to those good old days of sending rolls of film off to Truprint!  Oh and don’t forget she prefers the smell of turkey not the cold!  You know because they are totally related!

Then we have the typical best friend, Phoebe, with her dimples, blue eyes, her need for natural curly hair, crazy about guys and lets not forget fancying Steve!  Yes, she fancied Ryan’s Mom’s boyfriend….because he’s such a catch….and an evil gun wielding drug lord!

Phoebe seemed like the best friend that we have come to know and love from our Point Horror’s especially as she was crazy about guys too!

I loved the fight she has with her brother Jinx (*swoons*) …and basically revealed all his deepest darkest secrets out of spite for him getting her grounded!  Loved it!

Winchester the loner with his shy looks, shy slow smile, hair as black as ravens wings and gorgeous looks he was our bit of hot Point Horror totty lets be honest here.  He made me imagine Nick Jonas….which is never a bad thing! 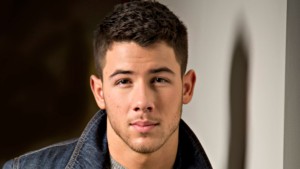 However, he was drawn into the drug ring of being the delivery boy….but I will forgive his devilish good looks because his family’s life was being threatened and he basically turned hero in the end by trying to save everyone which I’m tempted to write allllll the fan fiction about especially in his tight fitting jeans!

And there’s creepy Charles Eastman an apparent friend of Marissa’s, a stranger to Ryan and her Mom, who came bearing gifts and was invited to stay in their house!  With his blonde hair, intense stare and creepy personality he charmed his way around Ryan’s Mom all to try and find out if Ryan knew anything about Marissa’s secret.  He was vile from the first page I laid eyes on him and lets not forget he was the worst driver ever!  He got lost, hit a dog, got a flat tyre and drove off and left his intoxicated passenger in the middle of nowhere in the snow!

Moving on swiftly to the “artsy section of town”…… to Mr Partini and his toy shop where he makes all the toys himself…..you know to STASH HIS DRUGS IN!  An old Italian man who lost his wife 25 years previously and who employed Ryan in his shop was in on it all along!  Calling Ryan his little Bambalina was just a cover up for his evil streak.  Who would have thought it?!

Yep I’m giving them a whole section to themselves as again this Point Horror reminds me why we should never moan that parents are often “absent” from Point Horror….and not in the way you might expect.

I mean we had Ryan’s Mom….a widow and totally in love with her new beau Steve.  I liked Ryan’s Mom…..she was grieving for one of her daughters who had died and her body not found, she cared for Ryan although Ryan couldn’t necessarily see that.  I mean okay she let a stranger called Creepy Charles stay in her house but still she was a good example of a Point Horror Mom trying her best.

And then there’s Steve……rich, college professor Steve.  With his sports car, boat, cute smile, funny personality, hair thinning on top and a mole on his……(that sentence was never finished and it scares me!).  Oh and lets not forget he’s a drug lord and a killer.

Once I found out he was part of the reveal everything about him literally gave me the creeps.  All the little Step Father pep talks to Ryan and little winks and acts of kindness just to try and find out if Ryan knew anything ….ugh!  And there’s the fact that Marissa had found out about his little drug ring with the others so he got her killed to protect himself and his “business”.  I always remember being shocked when I read this in my teens that an actual parent figure was in on it and I wonder if that’s why this book stuck in my mind all these years later as a fave….I couldn’t remember why it was a fave, but I definitely think this twist was one of the main reasons.  I mean who doesn’t love a good twist?!

I did not find any!

Unless you count the blouse that Marissa remembered wearing that got wet and turned red like blood…..knock off?

I didn’t find too many dialogue disasters in this one…just a few things that made me chuckle as normal….

“Ryan you couldn’t be mean to anybody”

Tell that to the poor snowman she beat up!

“You need a boyfriend”

Pheobe has the best solution to Ryan’s problems…..not!

“And Mr Partini wouldn’t let anything happen to me”

“Your entirely too high strung”

*coughs* this is Point Horror! *coughs*

“You’ve got about as much self confidence as a rabbit”

Jinx is trying the tried and tested Watership Down chat up line…..I still would 😉

“They’re all big ones”

And last but by no means least the line that wins ALL of the awards…..

Forget killer clowns…..evil demon elves is where it’s at! 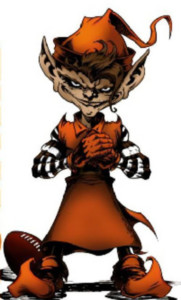 You heard me right!

Well 3 if we count the beaten up snowman….RIP Snowy!

Richie gives us Point Horror fans exactly what we crave! One death by drowning in icy cold frozen water at the start and one death by gunshot right at the end!

I feel bad…..but WHAT A TREAT!

Not entirely, but I did find they whole being chased by Santa with his little ringing bell quite terrifying I will be honest.  How scary was that scene?!

Nope not this time…..but basically the whole town was virtually in on it….

Okay I exaggerate….it was only the shop owner, the creepy stranger, the handsome hunk and the step dad….no big deal!

I guess the whole barn shotgun showdown at the end is a huge mix of mild peril….but up until that point Ryan wasn’t exactly in too much danger really was she?

Oh except those icy roads and creepy Father Christmas!

I always said that this Point Horror was a favourite of mine back in the day and I always knew the twist at the end kind of shocked me and it’s stayed with me all these years and I have to say this book did not disappoint me at all.

I even loved the little popcorn mention on page 20!  Mmmmmmmmmm

Who actually did get sent to kill Marissa? 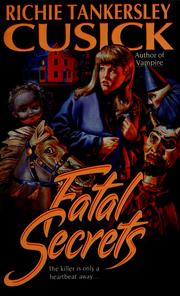 See you at #pointhorrorbookclub for a one off special on the 31st October 2016 to discuss Halloween Night 2 !

You can vote for your next #PointHorrorBookClub read for November here!