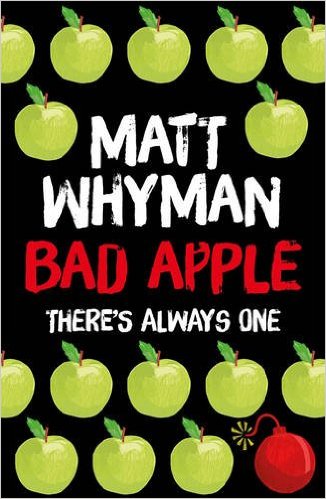 Today I am over the moon to have the absolutely brilliant Matt Whyman on Tales with an awesome writing guest post to celebrate the release of his new book Bad Apple.

Bad Apple was released on the 7th April 2016 published by Hot Key and is set to be a fantastic read!

I was lucky enough to meet Matt last year at YALC! 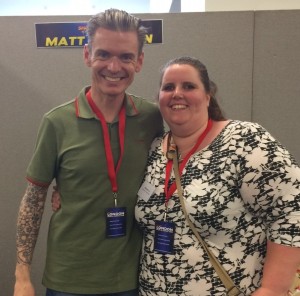 Matt never ceases to amaze me so I cannot wait to read Bad Apple!

Today Matt chats about writing with a brilliant guest post called Words By The Mile…..

*hands over to Matt* 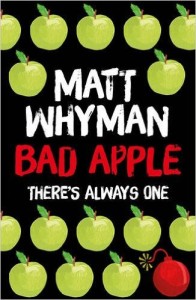 A riotous dark comedy teeming with delightfully unacceptable behaviour. Like all good law-abiding citizens, sixteen-year-old Maurice no longer considers going off the rails as just a teenage phase. It can only mean the mark of a troll …But these trolls aren’t confined to causing trouble online: now they’re in our homes, on our streets and have ruined life as we know it. As a rule Maurice tries to avoid trouble – until the day he crosses paths with Wretch, a very bad apple indeed. And with tensions rising, can these two teens put their differences aside in order to survive?

Words By The Mile

I’m two thirds of the way in, and struggling to believe that I can make it. As my lowest ebb approaches, I begin to question what on earth I was playing at when I decided this was a good idea. Am I just wasting my time? Have I bitten off more than I can chew? I can’t even remember what drove me to set out on this road in the first place. Seriously, what am I trying to prove? If I’m honest, it doesn’t even make sense to me any more. I’m in a lonely place, far from home in every way. I’ve been slogging away at this stupid venture for hours already, and the sun has only just cracked over the horizon. I want to give up. Just stop what I’m doing and pretend it never happened. All I can do is grit my teeth and remind myself that if I give up now then I’ll never forgive myself. I can do this, and I will get there.

An hour later, back from a training run ahead of my first ultra marathon later this year, I sit down to work on my book.

Having started work on both projects around the same time, I no longer see the different between long distance running and writing. At some point in the day, in front of the computer screen, I’ll go through the same quiet crisis as I had out on the South Downs. The only difference is I can distract myself from despair by making another cup of tea and scrolling endlessly through some Tumblr account of George Osborne Looking Like an Idiot. Out on the hills, under the stars, I could stop and have a little cry, perhaps, but ultimately I’ll have to finish what I started, and this is something I’ve learned to apply at the typeface. I’ve become more efficient as a writer, simply by losing the Lolcats.

The other great thing about grinding through the miles for hours on end is that it gives you time to think. It’s a bit like dreaming, I’ve come to realise, without the end result that you’re bolt upright in bed thinking a novel about a yoga-practicing dolphin with milk bottle tops for nipples is a Booker-winning idea. Instead, plodding along in a half trance, story strands come together and have a chance to meld. It doesn’t get me home any quicker, but by the time I’ve swapped the shorts for whatever monstrous casual clothing combo I have the right to wear as a solitary author, I’m ready to hit the ground running.

You can buy a copy of Bad Apple here or why not visit your local independent bookshop. 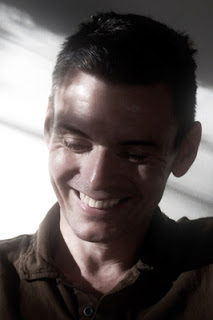 Matt Whyman is a bestselling author who has written widely for all ages across a range of subjects – in fiction, advice and memoir.

His adult books include Man or Mouse, Columbia Road, Oink! My Life With Minipigs (published in paperback as Pig in the Middle), and Walking with Sausage Dogs (Hodder). For teens, he is the author of Superhuman, Unzipped, XY:100, Boy Kills Man, The Wild (Hodder), the So Below trilogy, Inside the Cage, Goldstrike (Simon & Schuster), The Savages & American Savage (Hot Key Books).

Co-writing with Michelle Misra, under the pen name of Jack Carson, Matt is responsible for the Battle Champions action series for younger readers (Simon & Schuster). He also writes as the Carnegie-nominated mystery and suspense writer, Lazlo Strangolov, author of Feather & Bone and Tooth & Claw (Walker).

Matt is married with four children and lives in West Sussex, England.

You can find out more about Matt on his website – www.mattwhyman.com

A huge big thank you to Matt for being absolutely brilliant, for a fabulous post and agreeing to feature on my blog!

Have you read Bad Apple or any of Matt’s other books?  What did you think?  I would love to hear from you!  Why not leave a comment using the reply button at the top of the post or tweet me on twitter using @chelleytoy !