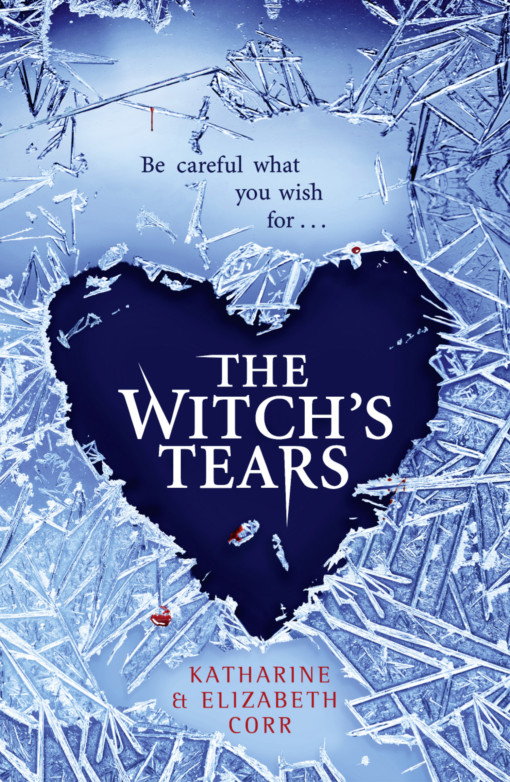 I am over the moon to have been asked to be part of the blog tour for the second book in this fantasy, witch-y, fairy-tale YA series, The Witch’s Tears by Katharine and Elizabeth Corr.

The Witch’s Tears is due to be released on the 26th January 2017 published by Harper Collins Children’s Books and is the sequel to lasts years debut The Witch’s Kiss. 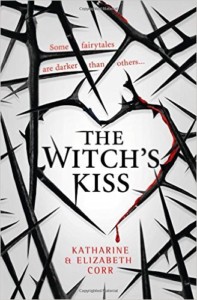 I literally cannot wait to read this book!  Not only is it set to be an amazing read, but Katharine and Elizabeth are just the loveliest.

For my stop on the blog tour Katharine and Elizabeth share their favourite magical moments in literature! 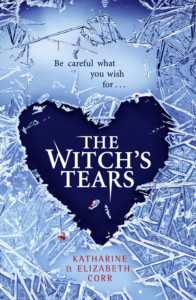 Can true love’s kiss save the day…?

Sixteeen-year-old Meredith is fed-up with her feuding family and feeling invisible at school – not to mention the witch magic that shoots out of her fingernails when she’s stressed. Then sweet, sensitive Jack comes into her life and she falls for him hard. The only problem is that he is periodically possessed by a destructive centuries-old curse.

Meredith has lost her heart, but will she also lose her life? Or in true fairytale tradition, can true love’s kiss save the day?

We LOVE fantasy in all its various guises, both as readers and as writers. Fantasy opens the door into another world, often literally – whether by stepping through a wardrobe, getting swept up by a tornado or climbing into a painting. In fact, these interfaces of the real and the magical might be our favourite elements of fantasy literature: they hold out the promise that any minute, our ordinary lives might become extraordinary. So here, in no particular order, are the top five magical literary moments from our childhood…

The Lion, the Witch and the Wardrobe (C S Lewis): Lucy finds Narnia 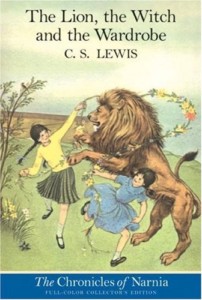 ‘And then she saw that there was a light ahead of her… A moment later she found that she was standing in the middle of a wood at night-time with snow under her feet and snowflakes falling through the air.’

Apart from fairy tales, the Narnia stories were our first introduction to fantasy. We both remember exploring an old wardrobe in our grandmother’s house after reading this bit of The Lion, The Witch and the Wardrobe. We were utterly crushed not to find a magical land at the back of it.

The Box of Delights (John Masefield): Kay opens the Box for the first time 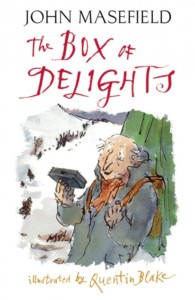 ‘…the Box slowly opened. Inside he saw what he took to be a book, the leaves of which were all chased and worked with multitudinous figures, and the effect that it gave him was that of staring into an opening in a wood.’

We came to this book through first seeing the BBC adaptation. It’s such a wonderful, unique blend of magic and real life (or real life as it was in the 1930s, at least). When Kay first opens the Box he encounters Herne the Hunter and gets to experience life as a stag, a bird and a fish – all within two minutes of human time. 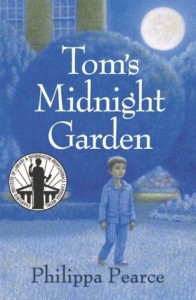 ‘Tom opened the door wide and let in the moonlight. It flooded in, as bright as daylight – the white daylight that comes before the full rising of the sun. The illumination was perfect.’

Who wouldn’t be intrigued by a clock that strikes thirteen? Tom’s investigation leads to the discovery of the garden that only exists at a special time of night. He goes on to have magical adventures in late Victorian England.

Through the Looking Glass (Lewis Caroll) – Alice climbs through the mirror 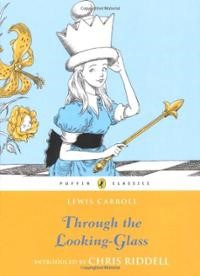 ‘And certainly the glass was beginning to melt away, just like a bright slivery mist.’

The Looking Glass is another way to escape from reality into a magical world. And yes, we did both check periodically that the mirror over the fireplace at home hadn’t turned into silver gauze. A mirror universe with backwards writing and talking chess pieces was just so tempting

The Dark is Rising (Susan Cooper) – Will awakens on Midwinter Day

‘He was woken by music. It beckoned him, lilting and insistent…There was in this music so much of the deepest enchantment of all his dreams and imaginings that he woke smiling in pure happiness at the sound.’

This is the moment when Will Stanton realises he is not just a normal boy. The music beckons him outside and he discovers a snow-covered landscape from the depths of time, and first encounters the Dark Rider who pursues him throughout the rest of the book. 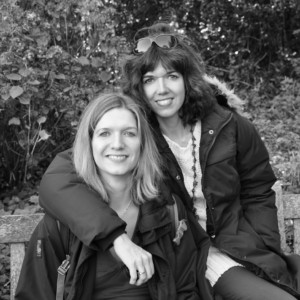 We are sisters and best friends (try writing a book with someone else and you’ll see why that last bit is kind of important). After spending our childhood in Essex, we now live ten minutes away from each other in Surrey. We both studied history at university and went to work in London for a bit. Then we stopped working to raise families, because somehow we missed the memo explaining that children are far more demanding than clients or bosses. When we both decided to write novels – on account of fictional people being much easier to deal with than real ones – it was obvious we should do it together.

Stuff we both like: YA / non-YA fantasy and science fiction,Star Wars, Star Trek, each other (most of the time).

You can find out more about Katharine and Elizabeth on their website – www.corrsisters.com 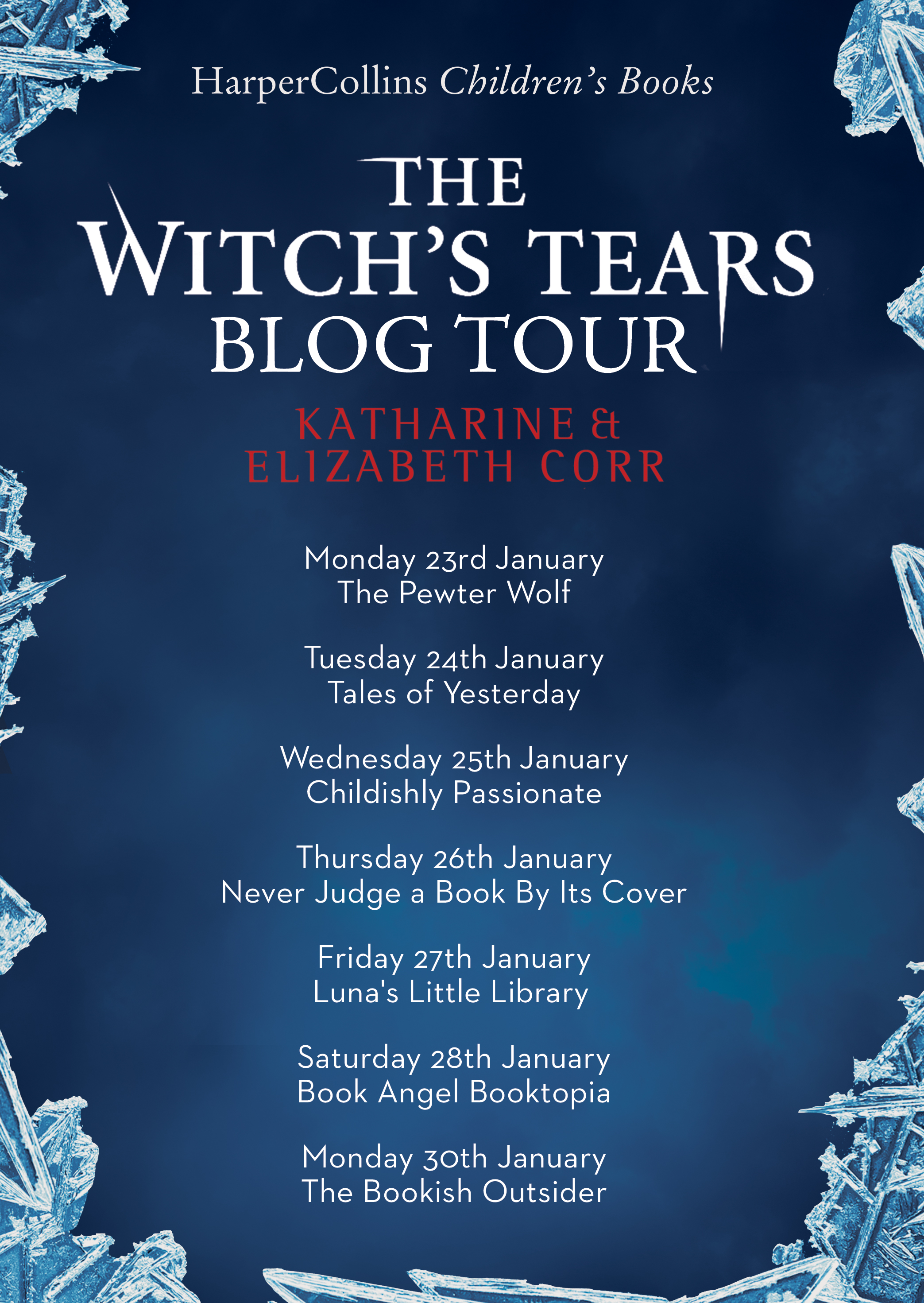 A huge huge thank you to Katharine and Elizabeth for such a superb guest post and for being so lovely to invite me onto the blog tour!  Also a huge thank you to Jess at Harper Collins for having me and being super wonderful and supportive with the British Books Challenge too!

Have you read The Witch’s Tears or the first book The Witch’s Kiss?  What did you think?  What are your favourite magical moments in literature?  I would love to hear from you!  Why not leave a comment using the reply button at the top of this review or tweet me on twitter using @chelleytoy!